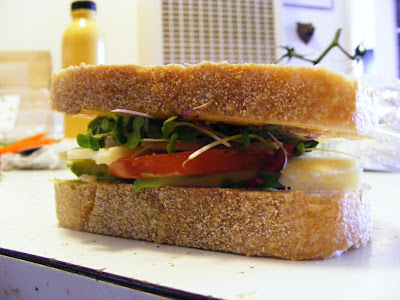 I am not cut out for cross-country flying. A full week after arriving home in Boston from a whirlwind tour of LA and Seattle, I swear I still feel jet lagged. Despite my lasting grogginess and the fact that both teams I support lost their matches, the trip was wholly worthwhile.

We kidnapped my high school pal, Kristina, from her home in Santa Monica and whisked her off to the Rose Bowl in Pasadena for her very first USMNT cap. It was to be a friendly little outing to watch the USA play Mexico in the finals of the Gold Cup. Not! I'm not sure Kristina was fully aware of what we were getting her into, but she sure was a great sport. Even after she got hit in the back with a projectile cup of lemonade in the stadium.

The AO tailgate was small in numbers. But it certainly did not lack energy! 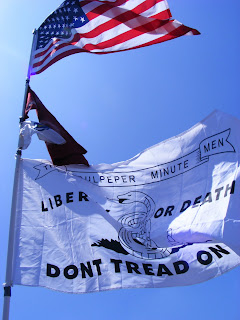 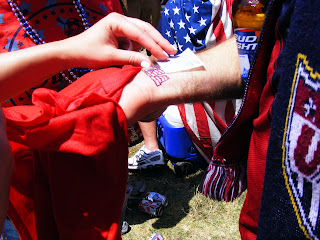 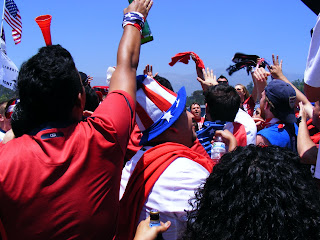 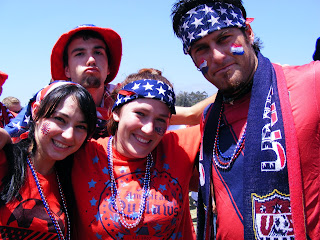 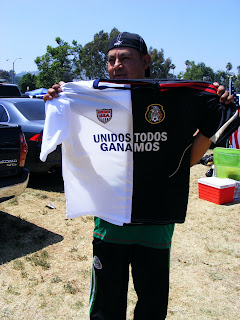 On to the food:

Apparently it is frowned upon if you bring a grill in your carry-on airline luggage these days. We left the grill at home and settled on making a cold dish for the big game. This worked out in our favor, as the Rose Bowl parking lot was a balmy 89 degrees with blazing sunshine.

So we wanted something cold. And, since we lacked both time and the amenities of our home kitchen, we wanted something pretty straightforward. Being on the west coast and all, it was only right to include avocado in our dish. Chris LOVES mustard, so there needed to be mustard, too.

What we ended up with was a tomato, avocado and very sharp cheddar cheese sandwich with micro greens and honey spice mustard on sourdough bread. Did you know that Sierra Nevada makes mustard? It's a novelty item, for sure. But it was delicious! 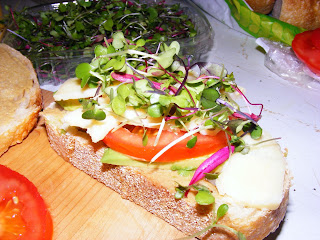 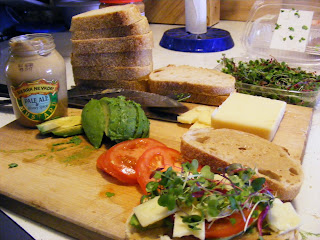 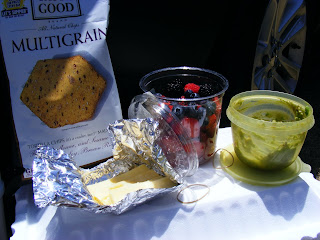 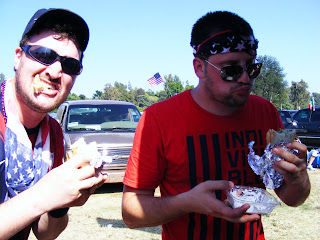 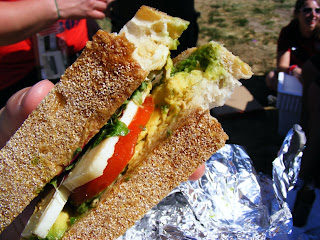 Yet again, the food was yummy. The game was crummy. We didn't have time to wallow in self pity over the devastating loss, though. A mere 6 hours after returning to our host home following the game, Chris and I were back at the airport preparing to fly off to Seattle, where we would ultimately watch the Revs lose to the Sounders. And develop an all consuming envy of the rewarding atmosphere Sounders fans enjoy. 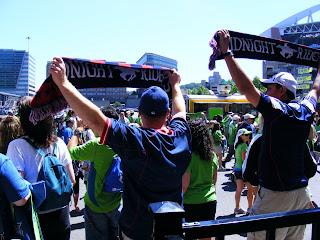 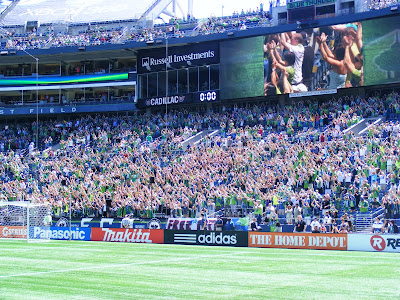 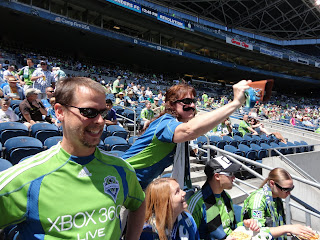 It was almost eery how happy all the Sounders fans seemed. I've grown accustomed to Foxboro, where many people stand cross-armed and frowning. Where the pleading cheers of dedicated, albeit frustrated, supporters echo off of empty seats around the stadium. But not in Seattle. Even as the Revs took a 1-0 lead, fans were smiling. Children were cheering. The entire stadium joined in to a booming "Seattle!"..."Sounders!" call and response. A few folks jeered us, the lone Revs-jersey-wearers in our section, and then quickly added, "Welcome to Seattle, it's great that you made the trip." Email ThisBlogThis!Share to TwitterShare to FacebookShare to Pinterest
Labels: sandwiches