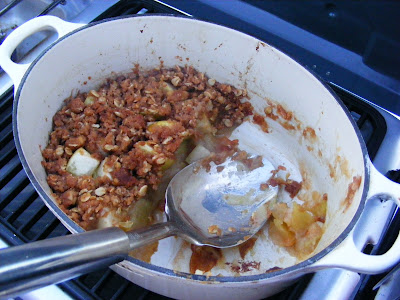 A few weeks ago, the Asphalt Kitchen joined forces with Paperblog Princess to ring in early fall at Gillette Stadium. In order to properly meld our individual blog endeavors, we had two very strict cooking requirements:

I'm a sucker for pretty much any baked fruit, but apple crisp is on top of my favorite desserts list. And so we were decided. It would probably take a really long time to cook apple crisp entirely on the grill, especially considering we couldn't close the grill lid with the Le Creuset sitting atop it. So we thought it most wise to cook the crisp about three quarters of the way at home in the oven and then finish it off on the grill top at the stadium. 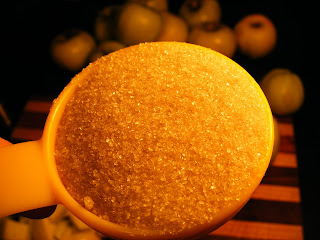 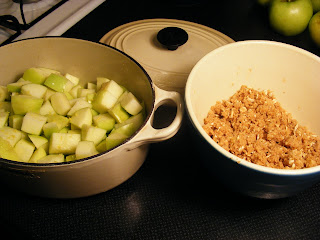 I apologize whole-heartedly to whomever I have stolen this recipe from. You see, I wrote the ingredients down years ago from a recipe without noting the source. I have since been unable to find said recipe, but continue to follow it nonetheless.

Apple Crisp
Stolen from somewhere on the internet!
Ingredients
For the filling:
6 cups tart apples, cored and chopped into 1 inch chunks*
1 teaspoon lemon zest
Juice of 1/2 lemon
3 tablespoons granulated sugar
For the topping:
1/2 cup all-purpose flour
1/4 cup granulated sugar
1/4 cup light brown sugar
1/2 teaspoon cinnamon
1/4 teaspoon nutmeg
1/8 teaspoon salt
6 tablespoons cold butter, cut into pieces
1/3 cup rolled oats
1/3 cup chopped walnuts
Preparation
1. Pre-heat oven to 400 degrees. In medium-size dutch oven (or a lightly greased baking pan, if you're skipping the grill), toss the apples with lemon juice, zest, and three tablespoons of granulated sugar.
2. Combine topping ingredients (flour, remaining granulated sugar, brown sugar, cinnamon, nutmeg, salt, butter, oats and walnuts) in a bowl. Use your fingers to mix together until you have a crumbly mixture and you can't see chunks of butter.
3. Bake uncovered for about 30 minutes, or until bubbly and golden brown on top.
4. When ready to eat, transfer dutch oven to grill top and heat for an additional 10 minutes, or until bubbly and heated through.
5. Best served with vanilla ice cream. Guess who forgot to bring the ice cream? Yeah, I did.

*Some folks peel their apples, but I prefer to leave the skins on when I bake them. Just a matter of preference. 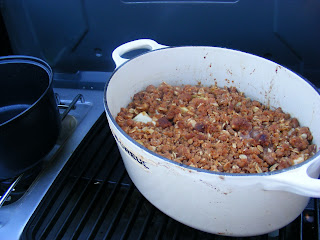 To complement our apple crisp, we cooked up pretty much everything we had in our farm share. Steph made delicious roasted root veggies and peppers: 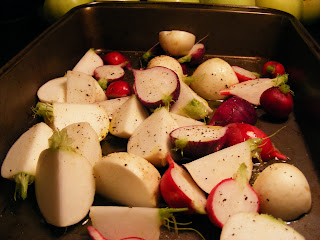 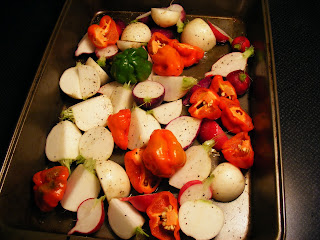 Which we heated on the camping stove while grilling some corn: 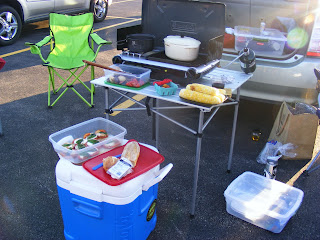 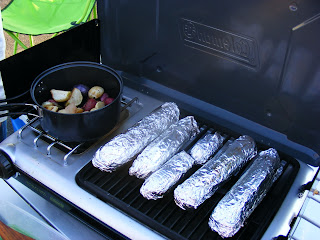 All right, time for me to get cooking for the last home game of the Revs worst season ever! I'll try to get it posted before next season starts...