Eating on a Long Run + Recipe for Direct Fuel Bites 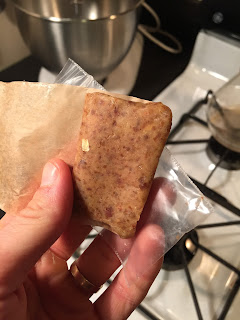 Not so long ago, the extent of my knowledge about workout nutrition was limited to that which I'd gleaned from gobbling down two plates of baked ziti at the pregame "pasta parties" held at my high school soccer teammates’ houses the night before a big match.

My experiences had taught me two things: If I ate too much rich food before a run or had a hangover, it felt terrible. If I ran on an empty stomach, it also felt terrible. That about covered my experience with "running fuel".

As my obsession with running has grown, so has my obsession with making sure my belly is filled with good stuff before running, during running, and after running. I'd like to keep my body moving forward as quickly as possible without crashing and burning. I should preface all of this with a disclaimer: What works well for me may feel terrible for you.

Before a long run or hard workout:
Before each and every race or long run in recent memory, I've eaten the same exact meal: A sprouted grain english muffin with almond or peanut butter and banana, consumed 1-2 hours pre-run. I like how it tastes. It's filling and I digest it well. And it's nutrient dense, with some complex carbs, a bit of protein, and some healthy fat.  I’m a firm believer in the theory of "If it ain’t broke, don’t fix it." 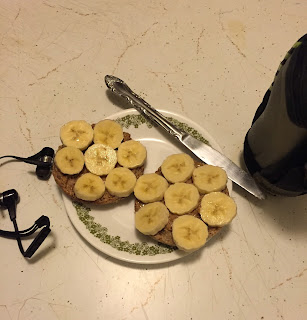 If time is tighter or I’m going for a shorter workout, I go for a date, a small spoonful of nut butter, and a handful of pretzels.

If you want my advice, it's to experiment and see what works well for you. Once you've found it, stick with it. I certainly believe that the content of what I eat is important to help my body perform its best, but that the routine of eating the meal holds equal importance in assuaging my nerves, which seem to have the power to affect my belly even more strongly than the food.

Just promise me not to do this:

During a long run:
First, and foremost, I make sure never to get thirsty. I always carry water if I'm planning to run for an hour or more. If it's 75 degrees fahrenheit or hotter, I carry water even on short runs. I try to take in at least a few ounces of water every 10-20 minutes. 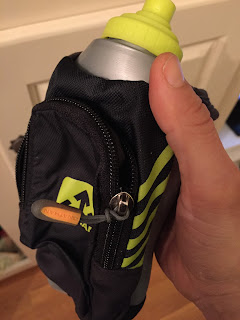 I sweat a lot. Sweating=lost electrolytes=eventual cramping or bonking if you keep going long enough. I am not a fan of Gatorade, though I know it works well for many people. I do take an electrolyte drink along with me while running, usually Vega electrolyte replacer, which comes in a tiny packet that can be easily emptied into my water bottle and sipped along the way. This doesn't have sugar in it.

If I’m running 90 minutes or more, I try to take in some calories while running to restore carbohydrates and keep my blood sugar steady. In general, most articles and books I've read recommend taking in 30-60 grams of carbohydrate per hour while running. I've found that the 30 gram end of the range seems to work well for me, but this is something I'm still experimenting with. I start with a bite of something around an hour into my run and then try to eat again every 30 minutes or so. For more details about this topic, check out Matt Frazier's post over at The No Meat Athlete or Runner's World's post. Or do your own quick Google Search and get one hundred billion conflicting pieces of advice!

There are plenty of sports gels, bars, and bites on the market geared toward endurance athletes. I started out by trying Clif Shot Bloks, which taste pretty much like gummy bears, but are large in size too sweet for my liking. I switched to Honey Stinger Chews, which seemed to agree with my stomach well. As I found myself spending money on these beans and gels and bites every weekend, I started to wonder whether I might be able to make my own fuel from real food instead. I knew I needed something that would deliver quick energy.

Enter Direct Fuel Bites, which I found in Thrive: The Vegan Nutrition Guide to Optimal Performance in Sports and Life by professional vegan triathlete Brendan Brazier. In his book, Brazier shared a recipe for a chewable energy bite made from dates, coconut oil, lemon and salt. Ah Ha! After some experimentation, I altered his recipe to suit my preference for a more solid, chewable bite by upping the date-to-oil ratio. It took some practice to learn how to unwrap the bites while running, but I've got it down now. Here's the recipe I use:

Direct Fuel Bites
(Adapted from Brendan Brazier)
Ingredients:
Instructions:
Put everything in a food processor and process until it forms a big, smooth ball. Roll it flat into a disc and wrap in plastic wrap. Freeze for a few hours, then cut disc into 12 equal rectangles. Wrap each rectangle in a bit of wax paper.

After wrapping in paper, I place mine into small jewelry bags I ordered on Amazon. I find they keep best in the freezer, so I freeze them and use as needed. 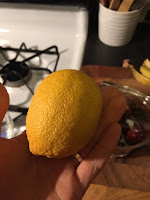 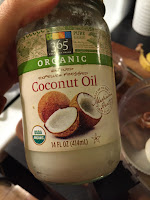 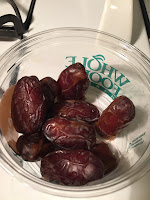 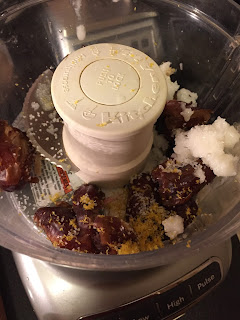 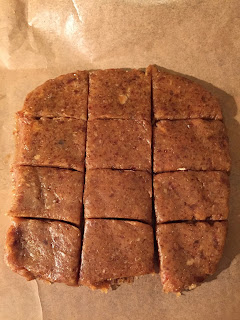 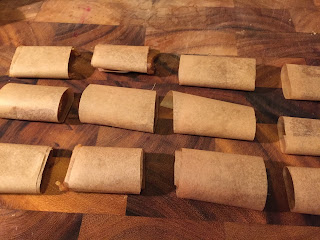 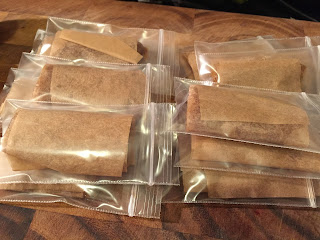 Here's the nutrition breakdown:
After the Long Run:
After I return home from my run, I try to down a recovery smoothie or protein drink. Depending on my mood, I include some fruit, protein powder, almond milk or water, and a little fat. 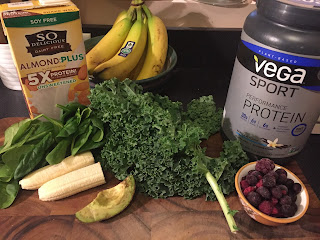 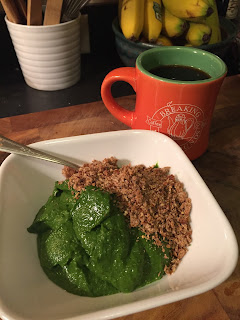 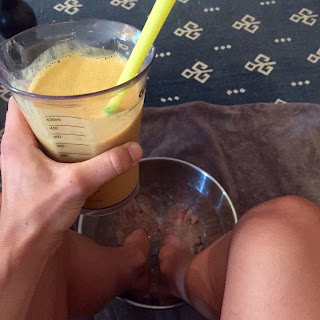 I often do my long runs on Saturday, so I like to schedule a big, exciting post-run meal. Pizza or tacos top the list. 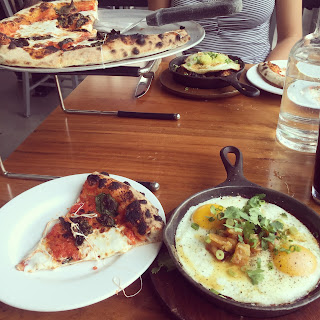 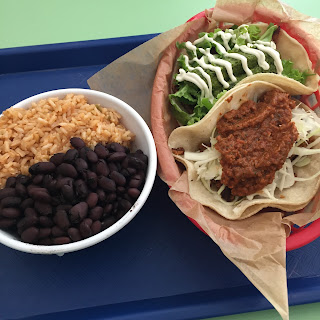 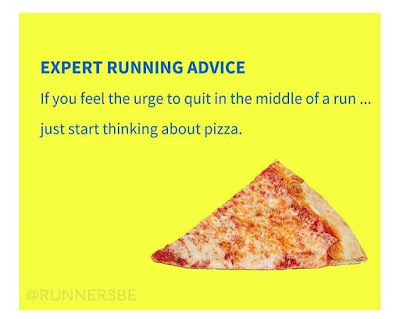