Dumplings intimidate me. They seem so delicate and precise, I've always imagined them to be painstaking to make. When I consider that I've been making pierogi with my aunt and cousins for years, this fear seems rather silly. Pierogi are nothing more than Polish potato dumplings. 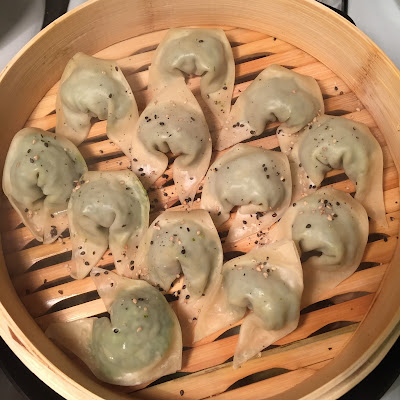 I have conquered my fear. Surprise! Making dumplings can be way easy. The recipe I followed, from Em at This Rawsome Vegan Life, creates a simple, almost-pureed dumpling filling made of lightly steamed kale and edamame with a touch of tahini, lemon, and garlic. I used my Vitamix and ended up with a thick bright green filling that was easy to scoop and shape in the dumpling skins. 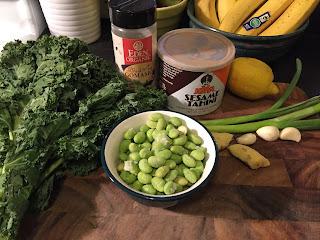 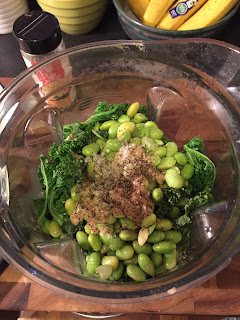 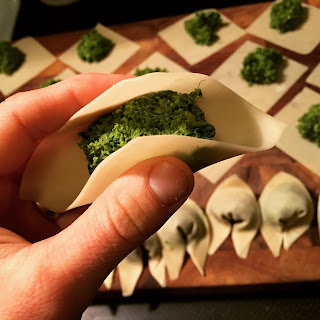 I recently purchased this bamboo steamer for my kitchen and I couldn't be more pleased with how gently and efficiently it steams my vegetables. And now it steams my dumplings, too!

The use of store-bought dumpling skins is a time and effort saver in this recipe. If you're feeling ambitious, you can certainly make your own wrappers using any basic dough recipe you like.

The only part of Em's recipe I took liberty with was the dipping sauce, replacing her simple dipping sauce with my favorite basic soy ginger sauce.

These are so good. I want to make them again. Like now. 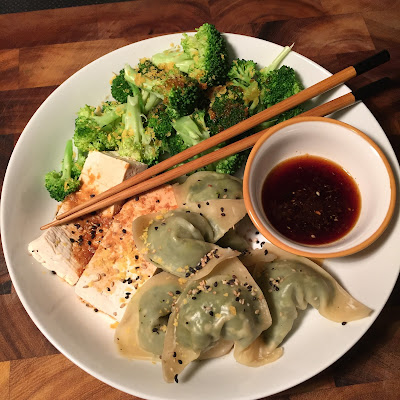 Ingredients
Filling
Dipping Sauce
About 20 dumpling skins (I used Nasoya won ton wraps, which I found next to the tofu in Whole Foods. If you live near an Asian grocery market or a specialty store, there is likely a wider selection of dumpling wraps to choose from. 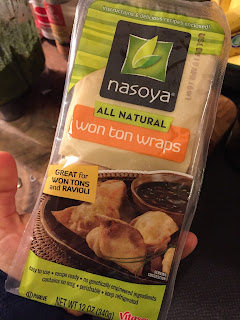